How does her mind meet a thought?

Sometimes it is that magical coincidence of words crossing ways

— finding something good she didn’t even look or ask for

But at times, too, it’s just one smelly ‘spell’

when her mind meets (or never meets) a thought

before something ‘glorious’ comes out

This is how the writer writes.

I am glad to have discovered a great poet in the person of Lang Leav. Getting a copy of her book soon! (Photo taken from Lang Leav’s Facebook page)

I come here with my running shoes

With a dream and a poem, I leave.

To the ceiling at night

The  eager  heartbeat of the brushes

To a clean canvass

The blank countenances on a jeepney

An untold narrative comes out

Of the infinite spaces

When I stare at an empty sheet.

To incarnate the thought

Of a questioning wise

Waiting for the perfect beat

Waiting for gravity to drop

Of an untarnished sheet

In the infinite spaces

Of human mind where lies

This war of words

How do you really draw them

right from the heart?

again
like a child and a century old mistress

of life.
She counts the hours with daydreams
and colors it with illusions
Alive as the crimson, and multitude of memoirs
She scribbles with her blood

She devours their charm of wisdom like a hungry wild
She lives in an empty sheet.
where she finds a sacred asylum

The ink blots
She awakens her sanity 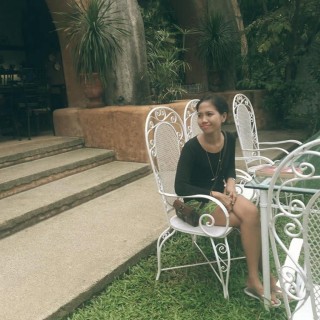 Viviene writes to immortalize her thoughts. In her twenties, she realized that solitude and quietness are two simple beautiful things. She hears more from herself when she stops talking and begins writing. She turns into an old grateful soul when she sips a cup of coffee or tea, sniffs (and reads) lovely books, watches the sunset, listens to the guitar, stays close to nature and writes her dreams in the night sky. Her heart for dreams and gratefulness is like a cup that runs over. There is an exquisite sparkle in her beauty when when she 'dances upon the water' with Jesus, her Savior. And then, she laughs without the fear of the future. Come, sit with her!